Bill Gates and the Smart City Belmont near Buckeye, AZ

Bill Gates and the Smart City Belmont near Buckeye, AZ

There’s been a lot in the news lately about Bill Gates and the smart city – Belmont, that will be built near Buckeye, AZ within the next decade. Located just outside of Phoenix, in the southwestern part of the state, Belmont will be similar in size to Tempe, AZ.

Now I know that seems like a long time from now, but the West Valley is getting ready for the expansion and so should you. If you are a real estate investor looking to get in on the ground floor of this future smart city, now is the time to buy! Prices in and around Buckeye, AZ are still relatively low but are trending upwards with recent sales.

The Arizona Republic reported last November that Cascade Investment LLC, owned by Bill Gates, bought a large stake in Belmont for $80 million. This 24,800-acre undeveloped tract of land is just west of the White Tank Mountains near Buckeye, AZ. The plan calls for building 80,000 homes, 3,800 acres of industrial, retail and office space, 3,400 acres of open space and another 470 acres to be used for public schools.

According to a press release from Belmont Partners, “Belmont will create a forward-thinking community with a communication and infrastructure spine that embraces cutting-edge technology, designed around high-speed digital networks, data centers, new manufacturing technologies and distribution models, autonomous vehicles and autonomous logistics hubs.”

From everything that I’ve read, this smart city will feature high-speed public Wi-Fi, self-driving cars, access to freeways, as well as affordable housing and high-tech manufacturing facilities.

Smart Businesses already on the move to Buckeye, AZ

The West Valley, including the Buckeye area, has already seen large companies move in such as Amazon, UPS and Wal-Mart that have built large logistics centers in Goodyear and Buckeye. There are many companies that have moved or opened in Buckeye, AZ in the last few years.

Cardinal Glass has opened a 200,000-square-foot facility that is just north of the city’s downtown area. The company hired 100 employees for the manufacturing of insulating products used in residential doors and windows.

Arizona has a history of welcoming companies that provide smart technology and innovation. Think of last year’s announcement from Intel that it will invest $7 billion in their Chandler, AZ factory. They are planning to hire over 3,000 workers that will make computer chips. Then there is Waymo, Google’s self-driving car project, that is testing their self-driving cars in a partnership with Metro Phoenix’s transit agency.

Smart Infrastructure also in the works

Smart Infrastructure is also in the works with the proposed route for Interstate 11. This interstate will connect the West Valley to Las Vegas, and will eventually link Mexico to Canada. Final plans will be announced in the fall of 2019. You can expect businesses to relocate to the West Valley when this is publicized. The mayor of Buckeye, AZ, Jackie Meck, calls Interstate 11 a “critical asset to the West Valley”.

There is already Interstate 10, which runs from California to Florida, and Route 85, which runs from the Mexican border to I-10. Buckeye is well served by the existing infrastructure to help companies expand and be successful.

Be Smart and follow the money to Buckeye, AZ

It looks like this new smart city may happen within the next 10 years. Be smart and invest now to follow the westward expansion to Buckeye, AZ.

If you do not currently own property in the West Valley, call me today. Are you considering buying land as an investment to hold and sell high in the future? Or do you want to buy a home or land now for yourself? If you are thinking of Buckeye, AZ for your future, call me – I can help you. 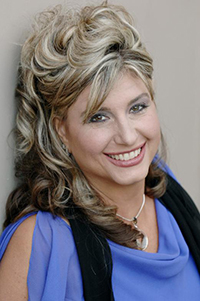